“Summer is comin’, know you could feel it…”

With temperatures in the 20s all week, I think we can finally say that summer’s on its way, and it’s high time Toronto get ready! We only get a few months of this sunshine and heat, so this summer—which we know and love as patio season—let’s make sure we make the right choices to make it one for the books!

Knowing how much I love exploring the world of craft beers and fine wines, On Q Communications sent some summer bevvie options that’d be up my alley! New Zealand’s Te Awa winery presented the Nelson 2016 Sauvignon Blanc from their Left Field line, full of tropical flavours and scents, and the Brew Box Co. is a home delivery service offering some of the newest and rarest craft beers in Ontario!

So let me show you why they’re strong contenders for the libations on your summer menu!

Sippin Liquid Gold with the Brew Box Co.—Experiencing what Ontario’s Craft Breweries Have to Offer!

When On Q mentioned they’d send a sample of the Brew Box Co.’s monthly offerings, I didn’t expect to get six bottles and two cans from a few of their partner breweries!

Check it out—since 2014, the Brew Box Co.’s delivered craft beer boxes to over 220 cities across Ontario. They take all the guesswork out of it—with about 1000 different beers available in Ontario, finding the right one can be overwhelming. And guess what—you can’t buy 90% of them from the LCBO or The Beer Store! So they made the process simpler, partnering with over 40 craft breweries to promote local craft beer, distributing it to Ontarians via Canada Post.

You can find a plan that works for you:

The mix I got was surprising, with beers like 5 Paddles Brewing Co.’s Home Away From Home, brewed with coconut, honey and vanilla; Block 3 Brewing Co.’s Barrel Thing, aged a year in second-use red wine barrels (which made it delicious); and Waterloo Brewing’s Sour Weisse which lived up to its name. Like, seriously.

You might think you know about buying beer with our ever-growing craft beer market, but you don’t. Trust me; you don’t. Do yourself a favour and check the Brew Box Co. out!

Te Awa’s Nelson 2016 Sauvignon Blanc—Dude. This Wine Will CONVERT You.

Those who hang with me know I like a sweet Riesling on a hot summer day. I mean, I’ve tried other wines, and they’re alright, but little ever took me away from the crisp sweetness I loved from brands like Cave Spring, Tawse and Relax.

At least, that’s what the old Casey would’ve said before Te Awe came and smacked him in the taste buds!

Instead of your usual New Zealand Sauvignon Blanc that’s harvested in Marlborough, the Nelson 2016 Sauvignon Blanc hails from New Zealand’s Nelson region—giving the grapes less acidity—balancing them with concentrations of the region’s tropical fruit! The flavours also call upon a touch of the mystic through the winery’s namesake—Te Awa o Te Atua, The River of God, i.e. the underground rivers over which their vineyards are found! This provides rich, free-draining soil that consistently produced high-quality fruit!

And you know what? We loved it. The notes of passionfruit, lemongrass and nectarine added to the mix. The little details like the creatures created by label designer Aaron Pollock adorning every bottle. And, of course, good wine costing only $18.95 at the LCBO doesn’t hurt! (Reference# 487496)

With our country spending a staggering $20.5B on alcohol each year (80% of our adults drink, after all) we should take it upon ourselves to make sure we’re drinking great stuff, and in an age where we have better access to delicious drinking options than ever, the Brew Box Co. and Nelson 2016 Sauvignon Blanc should definitely make your list! I still have plenty of exploring to do across flavour profiles and unique ingredients, but in the meantime, I can at least be happy I’m being exposed to options that set me off to a good start!

Best of luck building your best summer ever!

Disclaimer: As mentioned in the post, On Q Communications supplied me with the Brew Box Co.’s May 2017 Brewscovery box and a bottle of Te Awa’s Left Field Nelson 2016 Sauvignon Blanc to try. While it was all delicious, all thoughts and opinions remain my own! 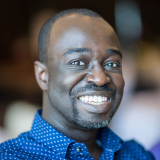 This is an awesome deal ; The awesome variety of the rare one of a kind brew. This would make a great Fathers’ Day gift!!!!