When Sarah got me doing the #100HappyDays, I thought it’d be a good exercise to teach me how to write shorter posts, giving my readers a break from the lengthy novellas I usually write.  A daily picture with a short description — not that hard, right? Except that all too soon, I’d lapse back to my old habits, and contextualized them with lengthy stories instead of posting pictures that simply spoke for themselves (a thousand words and all)!

It worked well enough until I just didn’t have the energy to keep it up.

With enough real-time stuff to keep me busy (visiting my parents in Mississauga, celebrating a friend’s birthday and having company over); side projects to work on (archiving old drawings at 1200 dpi so I can resurrect my Fish ‘n’ Chimps webcomic, marathoning through Seinfeld and playing this stupid game); and of course, the stuff that pays the bills and keeps my family flourishing (spending time with Sarah and our son, writing for The Hooray Collective, PTPA and other clients, and — of course — the 9-5), the weekend got away from me, the blog posts I planned to write fleeting with it.

But stumbling blocks only last forever if you let them win, and my blog posts won’t write themselves!

Welcome back, Mr. Palmer — it’s time to get your blog on!

Friday was, of course, March 14th, known to us of a nerdier disposition as Pi Day, where we celebrate the one calendar day resembling the circular constant we all know and love.

While I didn’t overtly promote it, and it’s none of your business whether I celebrated — I did suggest to a certain baseball team to dream up a clever new annual tradition….

It's both #PiDay and #SteakAndBJDay. The ultimate day = pie + steak + a @BlueJays game? Worst/best Jays' marketing ploy ever? 😀

Or perhaps a special day where they serve steak pies AT a @BlueJays game? I can already see the dollars rolling in 😀

While I managed to hit the Mutual Street Deli for some pie, I wasn’t about to do it two days in a row, so I spoke on my love for puzzles and all the time I spent solving crosswords, sudokus and the like through my 20s. I already have an educated guess for what I’ll be doing in my old age! 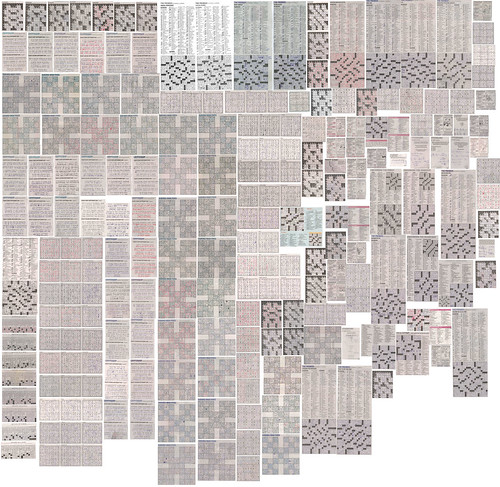 Wrapping up the day, I got home realizing there was a hole in one of my favourite socks! Fortunately, I’d chatted earlier with Val from Charming Media, who put me in touch with Socking Behaviour who’d sent some pairs my way that coincidentally showed up that same night!

Admittedly, I was a pretty nerdy kid. I was more likely to spend my summers at my desk reading and writing away than to find me playing with the neighbourhood kids on our street. Growing up, we had these amazing neighbours, Flora and Joe, with the friendliest dogs – Trixie the poodle and Muffin the Golden Retriever. Though they eventually moved away, they evidently knew me for the bookworm I was, because they gave me a deal on something that stuck with my since – a New Educator Encyclopedia set from 1946!

While books that’re older than my parents won’t have the most current information (it was a time where Montreal had a larger population than Toronto, for example, who now have 1.65 and 2.615 million people, respectively), I hope to spice up the blog with some olde tyme perspectives that’ll make your heads spin!

Though not a huge part of my Jamaican-Canadian upbringing, I came to appreciate the roti in my 20s, loving the curried meat combined with a potato and channa base to keep it all together. Living on the Danforth doesn’t give much access to island food, so when Justin manages to bring some D Hot Shoppe into town, it paves the way for some of my happiest times when it comes to food. Sinking my teeth into that roti was a good way to close off the weekend!

My time spent in my Exile in North York is rarely exciting, and I often look to the life I’ve cultivated on the Internet to keep me going while I work through my days at Yonge & Finch.

While I recently stepped away from Candy Crush’s siren song, beating enough levels to earn a reprieve from the pressure to advance, my buddies Justin and Marcel introduced me to a new mistress to take up my time.

QuizUp is a fast-paced trivia game, pitting you against your friends to earn the experience points necessary to show that you know your stuff in over 430 categories. It’s equal parts awesome and frustrating (awesome when you’re matched well with someone knowledgeable about things you’re interested in; frustrating when you’re challenged on things you know little about — Dog Breeds? History? Gilmore Girls?! — or when you made stupid mistakes), but you quickly discover what you actually know and what you only thought you did.

If you wanna see what you’ve got, you should totally come at me!!! 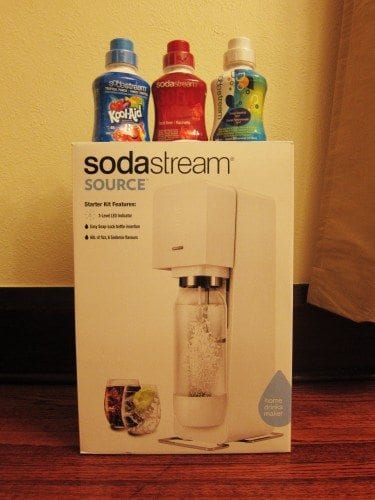 And on the Fifth Day of Blogger Life, PTPA gave to me — a new Source from SodaStream!

As my blog hiatus came to a close, it was good to see this gift waiting at home for an upcoming series of posts in Spring 2014. Though I’m not a huge fan of root beer, I see much deliciousness in my future from my Kool-Aid Tropical Punch!

Though the kid’s too young to enjoy any carbonated drinks — for several years yet — I’ll let you know how it is as I experiment with some drink recipes as Toronto (HOPEFULLY!) gets some warmer weather!

Casey Palmer: Back in the Mix 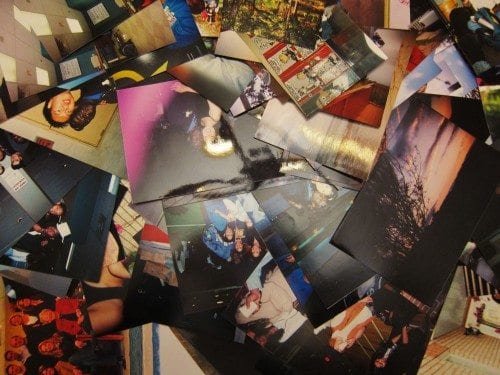 So that’s that — I left a while to get my bearings, but I found my way back to the blog. Life is busy, no doubt about that, but it’s all about the balance. It takes short posts and essays, adventures and thoughts — and it all comes together in the digital jumble of my multi-faceted life.

Welcome back to my hare-brained life — I hope you enjoy the tales!

4 replies on “#100HappyDays — Five Days in the Life of Casey Palmer, Father Blogger”

THAT ROTI IN MY MOUTH RIGHT NOW. I can taste the after-burps as we speak.

This was a good post – I like the format so I don’t lose interest or skim (as I often do.)

UGH PIE PLEASE
And I hope you never let your child have pop (or at least only for a treat. at the bare maximum!!)

Dearest Paige aka “The Yungest of Yung”,

I play QuizUp in batches of games — you happened to challenge me after I’d finished 6 games or so, so I didn’t get to you until later. I’m sorry if you felt neglected, but I think I took care of things well enough later on 😉

The roti was the most amazing. When you give up fitness training and decide to rejoin the rest of us slobs, let’s go grab a bite 😀

May my posts always make you salivate,

Also, knowing you, knowing how busy you are… I wondered how long it would take for you to fall slightly behind one the post per day thing.

So, I just want to say I love socks. There’s something about a new pair of socks that rocks my world.

That’s it. Glad we’re all caught up now.

Heh. As things currently stand, I’m behind again — it’s not for a lack of caring, as future posts will reveal; I got to a point where I worried that the things that helped me stand out as unique were starting to fade as I tried to constantly get content out. I’m a little beat up and a little tired, but I haven’t quit. I just need time to sort my mind out so that the next time I’m up to the plate, it’s with some new stuff that’ll blow everyone’s minds 😉