Put in a couple of hours per day to eat, shower and other essentials and you’re suddenly down to 3,880 hours, or a mere 161 days worth of time (or perhaps, a mere 8 hours per weekday, with the hope that the weekends don’t find themselves suddenly overloaded) to do 100 things. And that’s, of course, on top of going out with friends, being a good family man, and perhaps finding time to do things that were never on the list in the first place.

Unless you’ve somehow bought yourself the luxury of unlimited time, a list of 100 goals is best achieved when attainable. You can’t be everywhere at once or do everything at once—sometimes we need humility and a reminder that there’s simply only one of us!

It’s what we do with that one that makes all the difference.

So let’s chalk this up to a learning experience. Let’s figure out what really matters, what’d be nice to do, and what’d be inane to expect with a wife and kid at home, needing me to play my role as a father.

Once more unto the breach!

When the Zombie Apocalypse and/or 2012 “Mother Nature Gone Haywire” scenario occur (both equally possible in my book), I need to ally with some outdoorsy, agrarian types, because my current skill set’s pretty limited if technology comes to a screeching halt.

Jennie suggested that we could put a vegetable garden in our backyard at our 2012 Christmas party, but I barely managed to get out and tend to yard work on a regular basis, much less work at consistently maintaining a garden!

But on the real, the most I’ve gardened lately is my masterful defeat of Plants vs. Zombies (been too busy with the Candy Crush Saga and Jelly Crush Saga to bother with the sequel, though) and watering my coworkers’ plants at the office. And besides—the only people I know who do garden regularly are usually twice my age!

So while there’s ample dirt in the backyard waiting for someone with a green thumb to come along and make good use of it, these thumbs are for texting—not tiling.

52: Clean up my digital files

My computer’s a hot mess.

Though I’ve been working with computers since the Commodore 64, I got my first one in 2004—a hulking desktop costing $2000 in an age where many families shared computer time and spotty Internet connections. Over the last decade, I’ve collected all sorts of files: eBooks, sketches, training courses and more and though I managed to get the music under control, I’ve a Mac full of files that aren’t so lucky—and don’t even get me started on what’s on my external drives!

But less is more.

In 2014, this computer’s gonna get an overhaul. Use the files; delete the crap I haven’t used in a dog’s age; basically, just do everything I must to keep it running until I get a new one.

And unless DoomzToo suddenly becomes the Sean O’Pry of baby modelling, that’s not happening in 2014.

I sometimes make time for “the most important meal of the day”, but on my work days, I rarely eat meals like most people do.

My lunch bag’s open as soon as I enter the office, and I stuff my mouth with sliced vegetables as I figure out the day’s attack plan. I start working on documents as I work through pudding and yogurt, and snack on clementines and an apple as I schedule meetings and deal with client emails. By the time I get through my sandwich, I pat myself on the back for a productive day, feeling accomplished and ready for whatever challenge comes next.

I suck at eating breakfast, yes, but I’m a total champ at eating early—so… let’s just consider this done, because I’m going to eat like a madman until someone takes my hands.

I’m 12 years over the legal age for voting, and I haven’t bothered learning how politics really work in my world.

Sure, in Toronto we’re affected by politics at the federal, provincial and municipal levels, and I know who my Prime Minister, Premier and mayor are (I mean, how could I not on that last one?), but I couldn’t tell you who my MPP is. Mayoral elections are coming up next year, and I’m highly unlikely to look at platforms enough to make an informed decision on who I’m voting for, or in an even better world, inform others finding themselves in the same boat.

I simply haven’t made the time to “get it”.

Perhaps next year, I’ll try a little harder. Figure out what all these politicians stand for, promoting the ones who can change our city for the better at denouncing those with an ulterior agenda.

They say be part of the change you want to see, right?

I like to think I curbed my shopping in 2013, scaling back on possessions to go hand-in-hand with the reduced space I suddenly have at home.

In 2014, I’ll scale it back some more, since my “play money” will have to come from my blogging-related activities instead of my regular pay, but I don’t expect to get many of the high-end toys I’d like anytime soon, so I guess there’s that. 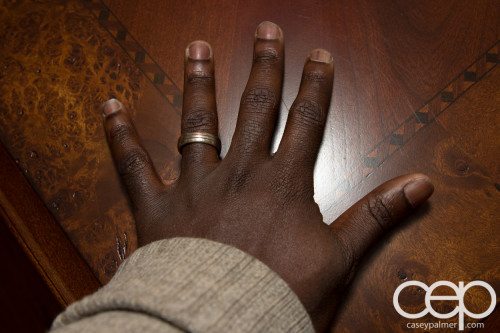 I’ve bitten my nails as long as I can remember. A possible side effect from constantly giving myself entirely too much to do, it’s always been my coping mechanism.

Surprisingly, it took one of the more stressful turns in my life to get me to stop.

With DoomzToo’s birth, I took two weeks off from work to help us all transition to parenthood. Even though those weeks tested me in ways I’d never experienced before, perhaps I was too busy figuring things out to feel stressed about it.

So as an adult who’s all about trying to look good and realizing that his nails are part of the picture, I think this is all for the better.

57: Write a novel for NaNoWriMo

If you haven’t heard of National Novel Writing Month (known in some circles as November), it’s where authors pledge to write a novel at least 50,000 words long within 30 days.

You’d think a blogger would be well-equipped to write a 50,000-word novel in the course of a month. I mean, you write all the time, thousands of words per post—how hard could it be, right?

Turns out, when you spend your time writing blog posts that’re thousands of words long, you don’t save yourself a heck of a lot of time to write a novel.

I haven’t written much other than blogs or comic scripts lately, anyway—I prefer describing with visuals over words, and it’ll it’ll be all about the comics in 2014.

58: Come up with a better campaign for Movember 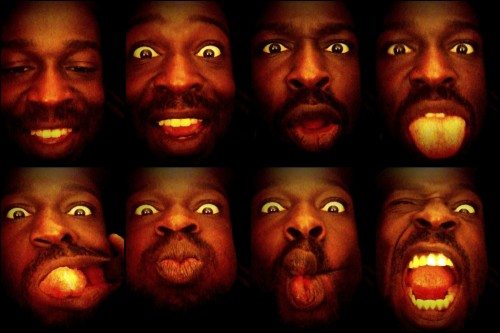 It doesn’t take a month dedicated to battling prostate cancer to get me growing some bad-ass facial hair, but it’s nice to support to cause.

But it sucks supporting a cause when you don’t have the time to do it right.

I raised $175 in Movember 2012 through a last-minute push rallying support from my coworkers, but I know I could’ve done more. There are those who choose to grow a Mo’ simply because they can, but the month’s about the message—not trying to look cool.

Will I try again in 2014? Maybe. Turns out that DoomzToo really doesn’t care whether I have a Mo’ or not (because he can obviously articulate his opinions), and I may as well help save some lives with it!

59: Get a sewing machine and learn how to alter my clothes

After I took some introductory sewing classes at The Sewing Studio, I felt like I could take on any task before me. I made dresses, bags and pencil cases, and psyched to mend jeans, make Halloween costumes and do all kinds of crazy projects.

…and I haven’t sewn crap-all since.

Dunno if I’ll get a sewing machine anytime soon, but DoomzToo future Michael Jackson Thriller Halloween costume isn’t going to sew itself so….

STATUS: Ain’t nobody got time for that! (On to some future year!)

I’ve wanted to do family Christmas cards for a few years now, but still haven’t gotten around to it.

Growing up, we got to know the entire street we lived on. I’m still friends with plenty of the kids we grew up with, seeing them on Facebook and at my family’s barbecues.

But I haven’t gotten the same feeling on the Danforth—yet.

At first, it was because we didn’t fit in. As a DINK family (Double Income, No Kids) without pets, we didn’t frequent the community hubs like parks, day clubs for moms and kids, or just spending time on the streets as our children ran amok. We went to the beat on our own drum, waving polite “his” to our neighbours whenever paths crossed.

Now that I’m a father, that’ll probably change. It’s the children who break barriers and get parents to meet each other because their kids play together. It’s the children who’ll want to invite neighbours to their birthday parties. So maybe this is one that will inevitably become part of our lives whether we make time for it or not—but I’d still like to plan for it, anyway.

5 posts in 2 days? Better believe it! Next up, we’ll be disappointed since I didn’t get outside all that often… but hey. Them’s the breaks!