Home » Stories » Education, Exercise and some Effervescence for Ingenuity

Never expect to get anything done if you’re not giving yourself the time you need to do it.

Though my list was ambitious anyway, there are things I could’ve done a little less to make way for some things on this list.

Some of my less admirable accomplishments in 2013 include:

…maybe DoomzToo distracting me from my habits isn’t such a bad thing.

61: Look into grants and funding for the projects I want to do

In the fantasy land in my head, I have some great world-saving idea that just needs some funding to get off the ground and go to the races.

Really though, there is no idea. There’s not even a plan. All I do is tinker away with ideas, tools and sketches, trying to make each thing I create a little cooler than the last.

But I’m not going to look for funding for anything unless it looks like something real. And that’ll come when I have a team standing behind one of my ideas—not with one man trying to do hundreds of other things at the same time.

62: Learn how to use Wolfram’s Mathematica better

Ever since winning Wolfram’s Mathematica Home Edition in their Deck the Halls competition, I haven’t had much time to use it.

It’s super-useful; I once spent 6 hours converting a sound wave into a vector image so someone could print it on canvas — Mathematica could’ve literally done it in seconds with a few lines of code. Mathematica can do anything from telling you what percentage of a photo’s red, to predicting who will win the 2014 Stanley Cup based on the past performance of every player in every game they ever played, to figuring out where all the money really is in the world, and why us working stiffs never seem to have any. It takes data and can do things with it that would blow your mind.

But to quote Thomas Alva Edison,

In 2014, I want to rock the world. I want to take the wealth of tools I’ve amassed and build something that’ll change things for the better.

And part of that will be learning how to use my tools to their full potential — Mathematica‘s definitely on that list.

If by “eat healthier” we simply mean “don’t eat out as much”, this was a resounding success.

In 2013, Sarah was kind enough to make lunch for me most days, helping me curb the habit of buying pizza, burgers and burritos in my time down at Yonge/College. I didn’t hit as many food events in 2013, preferring to spend my time in intimate gatherings with friends instead of hitting the town every night.

Call it a side effect of getting old.

Though that dynamic’s changed while DoomzToo’s been going through growth spurts, leaving us all simply bushed, I don’t see myself stuffing my face with fast food all too often in 2014—I don’t have the metabolism that teenage Casey had, after all.

I’m sure there’s a Fatherhood 15 that acts just like the Freshman 15 faced by kids in school, but unlike freshman year, fatherhood doesn’t go away.

I probably gained some weight in 2013. We long since got rid of a household scale (and its implied decree to fit society’s insane body image standards), but I could tell when I wore holes in all my jeans from my thighs rubbing together.

In 2014, I hope to work out more often. Not really to impress anyone or work on my “beach bod” (for, in fact, I hate beaches), but because babies are heavy and it’s not like DoomzToo’s about to go on a diet!

Pretty related to $64, I’m a pretty flexible guy. When I play dodgeball, I twist, I leap, I spring off walls to evade enemy attacks.

My major downfall? I can’t keep it up for long. A few minutes of jumping all over the place, and it’s time to fight back not because I want to, but because I’d probably die if I kept running around like a maniac.

In 2014, it’s time to work on strength and stamina and be the best me the world’s ever seen!

I feel like the Age of Infographics has come and gone, leaving behind watered-down versions of their former glory in their wake.

In January, I was really excited to start creating some visuals that’d help make sense of the world! I wanted to cover hot topics in the news, long-standing political issues, and hopefully use my analytical skills to find fresh solutions to problems that never seem to go away.

But no one needs infographics for these things—you need tools. Resources.  You need the ability to solve problems with the things you have in your possession.

Infographics are merely the output reporting on what’s already happened—not the stuff that’s needed to help shape the future.

Perhaps that’s why both blogs and infographics are going the way of the dodo—they often fall short of inspiration. They all too often fail to gives others the motivation to better their lives; they’re simply elaborate ways to say “I was here” and not help you get where you want to go.

You never know, though—maybe I’ll work infographics into something greater. We’ll just have to see what 2014 has in store!

67: Join more social clubs that’re in line with my interests

I’m not even entirely sure what I was going for here—finding people in the neighbourhood who love to draw? Find people who want to hold pickup games of dodgeball?

In all seriousness, I’ve got my friends, my family, and all the hobbies that keep me busy—I’m pretty sure that’s all I need!

68: Get a stylish yet functional 3/4-length winter coat

In early 2013, I was hanging with a friend when we walked into Harry Rosen and saw a jacket on sale. The price was right, the fit felt great, and after breaking the zipper on my Columbia ski jacket in winter 2012-13, it’s become my go-to jacket for the cold winter days.

New jacket and keeping it fashionable? You better believe I killed this one! 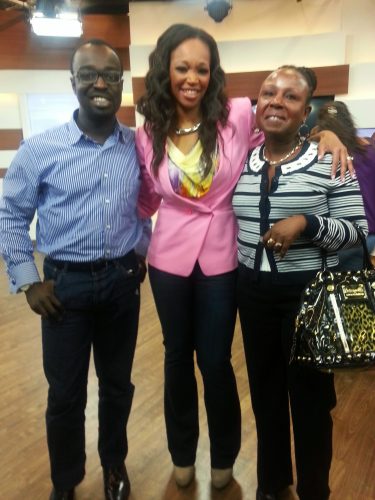 I haven’t owned a bike since I was 16 and it got stolen from Credit Woodlands Secondary School, where I took summer school physics with Mr. Burnham.

It’s a shame, though—I like biking. I’d always whip across the Credit River trails by my parents’ Mississauga home, trying not to break anything as I tested gravity with dangerous speeds and daredevil turns.

I miss my biking days, but as a grown man, I wouldn’t get myself a Canadian Tire bike. I spent some time in a Cyclepath recently, while getting a buddy’s tubing fixed on his back tire. I’d love to go back in with some seasoned biker friends and put some money on a solid hybrid bike to use in the summers—but I’d probably drive it out to the ‘burbs since biking in Toronto is a death sentence waiting to happen 😕

There’s a few years yet before DoomzToo tries his hand at motoring around town, so let’s keep it on the wish list, shall we?

And with a mere 31 hours left before we wrap the year up, we have 30 items left to examine. Will Casey finish in time? Will he come out on top with his 2013 accomplishments???

2 replies on “Education, Exercise and some Effervescence for Ingenuity”

Lose the tummy? what tummy?? :p

lol. Thank you for the compliment, RiRi, but I could probably do with 100 sit-ups a day 🙂