Except for a notable few like Kardinal Offishall, Maestro Fresh Wes, and of course, Drake, Toronto’s hip-hop scene has been trouble for a while. Despite its share of local hits getting heavy club rotation in the 90s and early-naughts (who can forget how deep we lived the riddim culture for a while?), it’s been steady underground for all these years.

You can tell a Toronto beat from a mile away — slightly unpolished, simple, sound like it’s a throwback from decades ago… we’re unable to keep up with the times, breeding a crop of rappers who just can’t make the grade.

Fortunately, that’s not true for everyone.

When last we crossed paths with Junia-T, he was readying for The We & We Free, one of the many live performances he’s given since stepping a toe in the game all those years ago.

Six months later, he’s here with a new album — Eye See You; an album that may very well restore some faith in what Toronto’s hip-hop scene has to offer!

2014’s been a bum year for hip-hop. I know everyone and their grandmother’s waiting for the new Kendrick to drop, and I’ll admit I haven’t yet given Run the Jewels 2 the proper listen it deserves, but everyone’s waiting for whatever comes next. 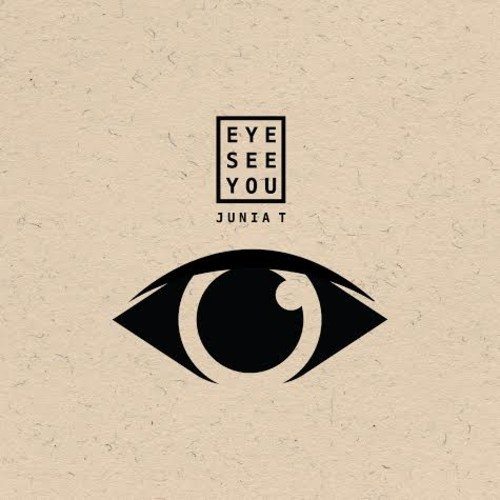 Though I had my reservations at first, Junia-T‘s latest Eye See You is a head-boppin’ album that grows on you with every listen.

Adding some diversity to his prolific past as a rapper in his Silver Fox, 3-5 Playa and Smash Brovaz circles, Junia‘s been working feverishly on his production skills, looking to prove that he can rock a mixer and turntable just as well as he does a mic!

The album starts with a three-hit combo of “Head Nod”, “Too Smoove” and “We Got This (All Day)”, all tracks perfect for working that neck like nobody’s watching when you’re doing the cross-town commute. “How Can I”, a soulful ode to a lost friend over a classic sample of Mary J. Blige’s “Be Happy”, serves as the gateway from a display of Junia’s rapping development to date into the more exploratory waters of Junia the Producer, relying on the talents of others to complement the beats he’s constructed for them.

I guess I’m biased — while Junia’s production cuts with talents like Little Simz, pHoenix, LordQuest and Jessie Reyez are growing on me, it’s Junia the Rapper I’ve listened to for a decade now, but Junia the Producer is growing on me. Though I didn’t want to love some of the tracks at first, missing his signature staccato flow that often accompanies his beats, I had to respect what others brought to the table, and the more I listen to them, the more I appreciate how much Junia’s grown since we first met.

But my winner for this album is “The Day”, an anthem that comes in just shy of three minutes and is a perfect marriage of lyrical cadence and stellar beat. If you listen to this song and not love it, I think you’ve got some soul-searching to do, amigo — because you clearly don’t have one!

So check it out. Give Eye See You a listen and see whether you don’t finish the 15 tracks satisfied. And if you’re looking to support Junia in his next venture, you can always grab a high-quality copy of the album over at Bandcamp!

Now if you’ll excuse me, I have to listen to this album a few dozen more times.

Hope you like it as much as I do,