I didn’t know what to expect when I became a Dad. It’s not like I lacked good fatherly figures — my father made sure I could handle whatever the world threw at me, and my grandfather made sure to show me what it meant to stay devoted to relationships for decades — it was more because I had no clue of what the world expected of me.

The 2014 Father is puzzling. We hear plenty of stories about what can happen to children when they lack a father figure — they might join a gang; they’re reportedly less likely to go to church if their mother goes but their father doesn’t — the father in absentia is oft-blamed for children’s bad behaviour, society diagnosing a lack of the firm disciplinarian they so sorely needed to keep them in line.

But people rarely talk about what the value of a  good father is.

What Makes A Good Dad?

Mothers are important — they carry babies in their wombs until they’re full-term and ready for birth; they wean the children if they choose to breastfeed; we revere single mothers for “beating the odds” and raising children who turn out as amazing adults. There’s no doubt in anyone’s minds that children cannot exist without mothers, but fathers are too often treated as little more than sperm donors.

There are Dads who do it right — the ones who stick around, nurture their children and raise them to positively influence the world around them. The ones at the park playing with their kids because there’s a parent at home dying for some extra sleep. The ones attending ballet recitals and sewing Halloween costumes to support their children’s dreams. Gender norms are slowly dying, lines are slowly blurring, and the good fathers are unafraid to do whatever it takes to be the Dad their children need, because screw how society thinks a father’s supposed to act — a real father provides for his family, and not just with a bi-weekly paycheque.

These fathers may very well be the unsung heroes of parenthood, cast to a background role by society due to their physiology. Dads might not physically carry their children to term, it’s true, but does it mean they love their children any less than their mothers do? Does it mean fathers feel less responsible for making a difference in their children’s lives and giving their all to raising them right? Or are they just on the bum end of a bad rap, stuck in a world that needs to change the conversation on what being a father’s really about?

Fatherhood: It Only LOOKS Scary.

Your views on fatherhood all depend on who you surround yourself with. My life is a by-product of rolling with the yuppie crowd, the kids who were always career-first, measuring their worth through promotions, quotas and end-of-quarter bonuses. For a long time, the goal was playing as hard as you worked, ’cause that was all we knew.

Though I took the fast track to growing up by joining the bureaucracy (different things seem “normal” when the average age of your colleagues is 45…), I still understand that world. A world where it’s all about what you can do right now, not what might happen in a decade. One where everything can change at a moment’s notice, and you can’t have anything slowing you down. A world in my early 20s where “settling down” was akin to a death sentence, limiting your options for what life you had left.

I see the Toronto I’ve come from, and I get why many men my age aren’t keen to become fathers. To them, fatherhood isn’t “cool” — it isn’t “sexy” — for many of my peers, it’s not even on the horizon. Once upon a time, it was expected that you’d go to school, get a job and have a family, carrying on your family name to glorify your lineage, etc. etc. etc. In a few short decades, the world’s grown infinitely more complicated, though — society presents us with so few shining examples of hope for the modern father. You have oafish nuclear power plant workers, chemistry teachers turned meth kingpins, men who train assassins while posing as museum staff — really, anything but the hardworking everyman fathers who strive to keep the family together — the Cliff Huxtables, Danny Tanners and Philip Bankses of the world.

Don’t believe me? Do the math…

Toronto’s Dads By The Numbers

185,224 fathers — a total of 19% of the potential Toronto population for fatherhood.

[DISCLAIMER: Stats are a good measuring stick, but they’re not perfect — relevant groups these stats don’t capture are the “empty nesters”, parents with grown children who’ve already moved out; and fathers separated from their children, who might not live with them but still play active roles in their lives. Both very important, but horribly underdocumented in the source studies used for this post. Also, Toronto isn’t representative of the world, I know — this is just the reality I’m living in right now as a new father.]

185,224 fathers. That’s 185,224 men who chose to stay involved, trying to raise kids in the big, bad city and help give them a decent shot at their future. It’s not the popular choice among Torontonian men — at 19%, it’s a figure far lower than it is in the neighbouring GTA suburbs — but these 185,224 men do it anyway, taking the good with the bad, trying to fill a role with whatever tricks they have up their sleeves. 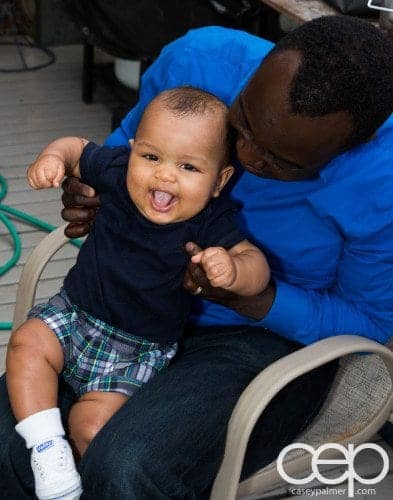 However, despite already being part of a shrinking minority, the cards are stacked against us — we’re expected to fail. Not long after my son’s birth, I was hit with advice from people both Sarah and I knew — many without kids of their own — on how I should conduct myself with my first steps in fatherhood:

[M]ake sure you give Sarah a break….she did her part, carried him for 9 months, now she needs you to step in and take over (at least do the night shifts)

[Sarah] is the hero in this scenario!!!

I said it before — mothers are hugely important to the picture, but Dads are there, too. Though society deems it uncool for men to show emotion and largely finds us working while the Moms hustle at home on maternity leave, we want to see our children’s smiling faces. We too bear the stress of an unbalanced home, suffering its way through the struggled of sleepless nights and postpartum depression. Just because things don’t happen to us, it still affects us.

All too rare of the stories of fathers doing it right. The single fathers who raise outstanding children. The fathers who go out of their ways every day to make sure their children are happy. These stories happen all the time, yet they’re seen as exceptional because we’re so used to tales of caution of the men who are absentee, ill-prepared or worse.

It’s time for us to change the conversation.

The Third Sunday of June. All Day. Every Year. Let’s Celebrate!

I don’t think I’ve ever written a Father’s Day piece before.

For years, my father and I didn’t get along. Through no fault of his own, I was angry with him. Despite being a great father, he had to sacrifice to provide for his family, working up to 16-hour days 6 days a week running a restaurant so his children could have all the opportunities he couldn’t have. I benefitted from excellent schooling, job opportunities that developed my independence, and the time and money to explore the world.

My Dad did exactly what he was supposed to as a father, giving his children the foundation to make the most from their lives, and I was too stubborn and bull-headed to see it. 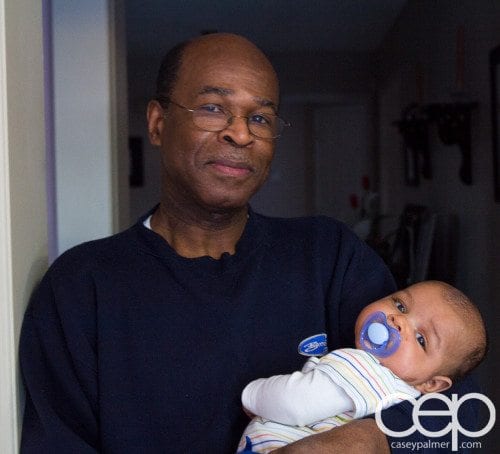 The Dad isn’t dead — my past decade on Facebook’s seen a transition in my Timeline photos from nights out at the club, to beach shots on vacation, to beautiful wedding day portraits, and now to proud parents with their newborn kids. Family’s still important, and there’re still fathers around interested in seeing their kids grow.

But it’s time to stop treating them like secondary figures in their kids’ lives and show them they too have a place in the world of parenting. That means down with the memes of “daddies doing it wrong”, with moms commiserating over peals of “What did he do this time” and “Why doesn’t he get it?!” It’s time to stop acting like fathers are parenting invalids, applauding when they’re doing what they should be doing, whether it’s learning how to knot a French braid or rocking a frightened baby to sleep. It’s time to stop putting the spotlight on the fathers choosing not to stay in their children’s lives. Whether they make up 1% or 20% of the total father population, shirking parental responsibility isn’t the norm, and we need to stop giving power to the idea.

We need to stop acting like all fathers are destined to fail. Parenthood is hard for mothers and fathers; once we recognize that we’re in it together, only then can we start building a parenting model that truly captures all the challenges parents face, instead of trying to choose sides in an unnecessary battle.

Happy Father’s Day to my fellow Dads, and keep up the excellent work. The world may not understand what you bring to the table, but continue to love your children and forget the world’s expectations. It might not be today, it might not be tomorrow, but one day there’ll be a look, a word or a simple a smile, and you’ll know everything you did was worth it.