We made it. Despite a 3-hour outage from my hosting provider, I managed to get this done. Thank you for joining me on the ride, and I’ll just leave this up here so I can go get my party on in these last few hours of the year. Enjoy the post!

91: Transfer all my external storage to an SSD Drobo system

The more I hear about systems that automatically manage your data through a proprietary file system, the more I want to keep the hell away from it.

A Drobo is a good theoretical solution for data storage, automatically backing files up when a hard drive starts to go bad, mirroring files so you there’s version history for your data, quick data sharing, apps for monitoring your drives… it all sounds perfect.

But when I hear a Drobo horror story from someone like Scott Kelby, it makes me think twice.

I’ve been burned before, losing hundreds of files corrupted without a proper backup. Since then, I’ve worked to make sure my data’s always protected, and if Drobo can’t confidently do it, it’s not the solution for me.

92: Get some cool-ass sunglasses 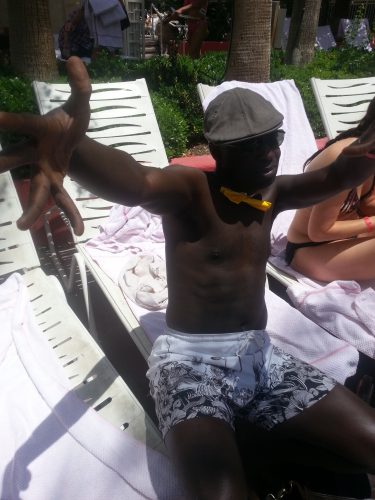 Actually did this twice in 2013! Copped some Burberry specs when I shopped the heck out of Vegas in February, and of course I got a cool pair of Firmoos as part of my Welcome Pack when I went to BiSC.

Of course, I lost the second pair when someone “broke in” to our unlocked car later into 2013, but it’s all good…

…since I need to use my benefits for some prescription sunglasses in 2014, anyway. 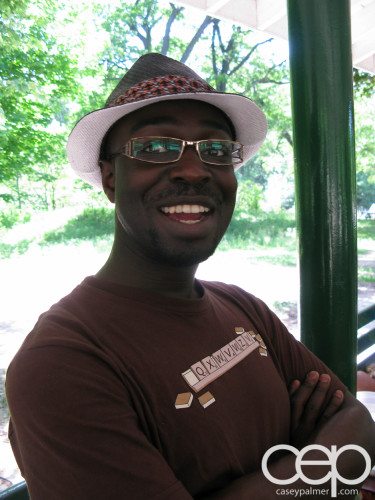 2013 also marked the year that Paige decided my hats make me look like an old man, constantly pestering me about their look.

It wasn’t intentional, but the hats did eventually vanish from the wardrobe (shout out to that night in Vegas with the cheese plates and forgetting the hat under my bar stool in all the hubbub!)

Now it’s winter, and I haven’t really gone hat shopping since, preferring to show off the ‘dos I get from Anton at Brixton Parlour (except when it’s cold and I’m rocking a toque).

Will I try to find a new hat that screams “Casey Palmer” in 2014? Eh, maybe. My fashion sense changes with the wind sometimes, and maybe I’ll want something shielding my eyes from the glare of the sun.

94: Find a signature drink to mix 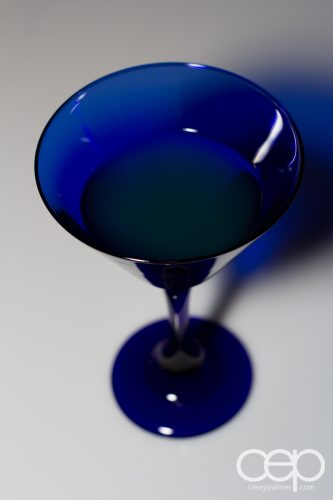 I remember including this after Zach once mentioned that “You’re not a real man if you don’t know how to make a signature drink”, and figured I’d rise to the challenge.

But I lost my main drinking buddy this year when Sarah got pregnant, so there wasn’t much drinking going on in 2013!

Besides, this isn’t the Mad Men-era, where knowing how to pour a bourbon is a clear sign of your masculinity—I don’t even know drinkers that sophisticated!

No thank you—I’ll stick to my beers with glass bottles, where the only skill I need is a little strength to pop the top.

Before I had a kid, there was no way I was wandering around a city like Toronto with its overcongested traffic and shoddy transit system from sundown to sunrise. It’s cold; the exhibits spread all over town—some ridiculous distances to cover by foot; and it’s always on a Saturday night. I’m not skipping church to gawk at half-assed abstract art.

There’re stand-out pieces to watch for every year, but unless you wait ’til something like 5 in the morning to go, I hope you like line-ups (I sure don’t!), because if there’s one thing Torontonians love, it’s free stuff, so those lines are long.

Nah, Nuit Blanche, I’m not crazy enough to brave you. I’d love to do Doors Open instead—I’ve often had conflicts when it’s going on, but hopefully I can explore some architecture in 2014! 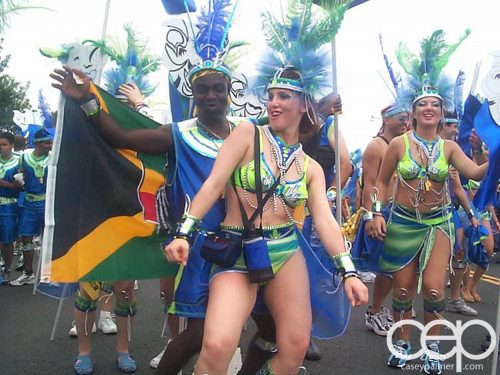 Despite a former colleague being willing to pull some strings for me to get a Marshal’s badge so I could get stellar Caribana—ah, sorry, I mean Scotiabank Toronto Caribbean Carnival—photos, I just didn’t have it in me.  2013 Casey Palmer’s been putting in work with that camera, and while Caribana’s a dream event for a photographer looking to create some excellent pieces, I just couldn’t see myself doing all the things that come with the opportunity. Hours of editing. Lugging equipment around all day under the hot sun (not to mention all the water I’d need to carry!) With the crazy year I’ve had so far, I simply haven’t been up to it. Besides—my family and I have been wary of the parade ever since my cousin got shot post-parade back in 2011.

As an older me, there’s some things I just don’t want to bother with. City drivers. People who cause problems at work to hear the sound of their own voice. Or massive crowds that move as one slow, stationary mass.

I’ve learned some thing about photography over the years, and you need to really love the craft if you’re going to take amazing shots. Much of it has to do with enduring troublesome situations, waiting for the perfect shot to present itself, not to mention the countless hours of editing that follow (with a quick turn-around time if you’re getting paid for that work!)

So unless I eventually go into full-time photography and get some assistants, I think I’ll forgo this one for the time being.

97: Spend more time outside of Toronto

I travelled so much in 2013 that as the year came to a close, all I wanted to do was stay put!

This on on top of visiting family in Mississauga and venturing out to Oshawa to take baby photos!

I’m already starting 2014 by joining Ford Canada on a trip to the North American International Auto Show, so even though I pulled it off in 2013, the journey is only beginning!

It’s no secret that I write my blog posts by hand first, but as I write these words, I’m burning through the last notebook in my possession, my Danier side bag the lightest it’s ever been!

In 2013, I trimmed down my belongings as we made room for DoomzToo. I likely wrote more this year than any previous year of blogging, including 2011, where I tried to blog once a day. There was just more to say and more opportunities to find cool things to talk about. I’ve burned through many pens in my desk drawer, inching ever closer to a life free from clutter. 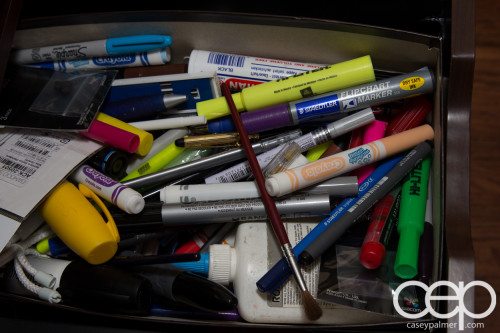 With so much on my iPad and phone these days, my paper days are almost behind me. I’ll still carry a notebook and sketchbook for the moments where inspiration strikes, but I’m almost out of notes on past ideas. I can just stick them in a Google Doc. I can scan my sketches.

Everything has a place, and it’s in the cloud.

And this makes me happy.

99: Wean off of the need for a backpack

This was cool and all—that is, until the weight of my laptop eventually broke the strap’s clasp on my leather side bag.

While I think it’d be far more stylish to use a sidebag (call it a murse and I’ll hurt you), it’s undeniable that you can’t beat a backpack for capacity, comfort and durability.

I’d all but forgotten that I had ThinkTank Photo’s Shape Shifter on my Amazon Wish List, but my Team Trolling friends were really generous, pooling their money together to get me one for my 30th birthday!

Usually, I can do without the backpack (it’s not like I need to tote my SLR into work every day), but it’s the moments where there’s a call for a photographer on duty that it makes its reappearance.

But with a new Danier side bag and a permanent place to put my gear, I think I’ve done alright.

100: Have caseypalmer.com show up on the first page of Google search results for “Casey” 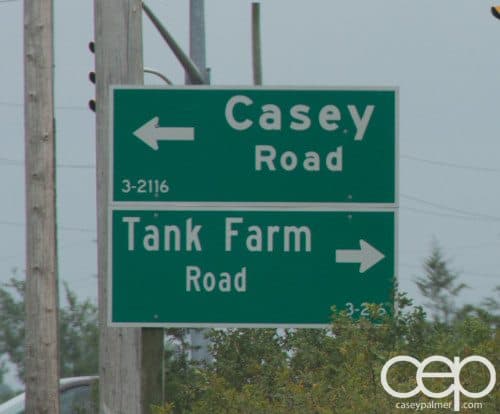 This was a busy year without a doubt, and the stats reflect it. I couldn’t tell you where I was when 2013 started, but a quick snapshot of my  online presence tells this story:

A year ago, Google “Casey” and I’d be buried among endless pages about the restaurant, county, Casey Anthony, Affleck and so many other instances of the name.

If you looked it up today, this is what you’d see:


It’s been a busy year, yes, but when I see results like this, it makes me proud of what I’ve accomplished so far, and hope for even more successes in the years to come!

So that’s it—in 10 posts, I’ve told the tale of my 2013 and the list I created to keep myself accountable.

What I get from this is that it took a little work in 2013 to figure out what Casey Palmer’s all about. 35% of the list was stuff I either no longer cared for by December 31st, or simply admitted that I couldn’t seriously invest the time and resources to do it right.

32% of the list didn’t get done, but still proved important enough to make the cut for 2014’s list (albeit with some adjustments here and there), showing that the list wasn’t completely off, and there was still a sizeable chunk that represents what I’m all about.

So what started on a whim inspired by a friend became something I hope to do every year as a way to reflect and make sure I’m making something of the life I have.

We started 2013 unsure whether there would even be a 2013. Hot off the heels of the end of the Mayan calendar—ie. the Mayapocalypse—we humans were unsure s to what came next, slowly getting used to the idea that it was okay to stop living like every day was our last and start living like “Hey—maybe we do have a future to think about!”

As we close 2013, we finish the year of twerking, crack-smoking mayors and figuring out what the fox said.

But despite all the amazing things that happened this year, not all was amazing. We lost our friends Lacey and Chris, far too young, and the world’s a little darker without them. Rest in peace to them both, and may we remember them by the legacies they’ve left in their wake.

Goodnight and goodbye to 2013, 365 days of the biggest changes my life has seen so far. I spawned a child, changed jobs thrice, met some amazing bloggers, and spent a lot of time seeing the Toronto blogosphere change around me. I might not have done everything I thought I would, but when is life without its surprises?

As for 2014? 2014’s promise is the promise of change. The promise of delving deeper into the places I find my passion, working harder to figure out what I want from  the world. I enter the year without expectation, excited to see what comes next. Happy New Year one and all—I hope you get everything you want from the coming year and more!

And please. Let’s not start the year doing anything you might regret….