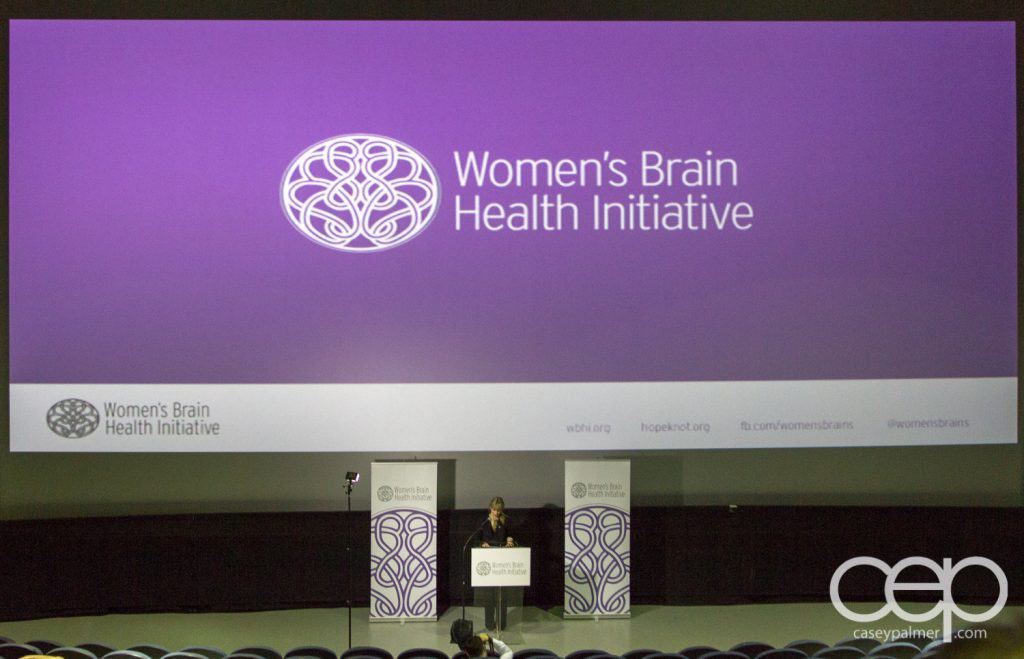 The world is in pain. There’s so much going on and so many problems that our response can often be to become numb to it and grow apathetic, but that is the completely wrong response. We need to stop complaining about the world around us and do more to make it the world we want to live in.

And that’s where events like the Women’s Brain Health Initiative Launch come in.

Food and Film For Thought

Designed around the premise that Alzheimer’s attacks women proportionally more than men, yet all the Alzheimer’s studies focus on their male counterparts*, the Women’s Brain Health Initiative (or WBHI for short) represents and advocates for the at-risk population of women who may eventually face Alzheimer’s and its debilitating effects.

I heard this was good, but I’ll admit. I had some of the complimentary champagne instead. Yup.

Attending as Christine Pantazis‘ +1, the night started at Tryst Nightclub, where they plied us with as much food and drink as our bellies could handle; met old friends and made new ones; and prepared for the not-quite-long-at-all trek to Cineplex’s Scotiabank Theatre to see the premiere of Michael McGowan’s Still Mine, a film about an elderly New Brunswicker couple’s struggle with Alzheimer’s and how it profoundly affects their lives. 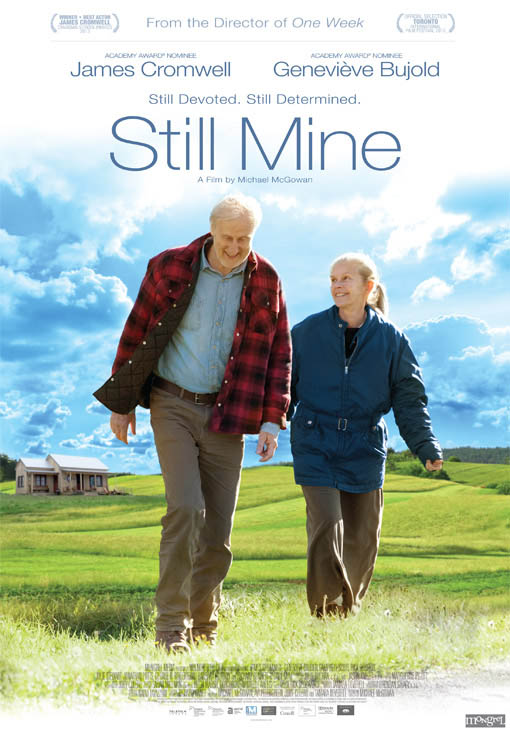 While generally not one for dramas, I’ll admit that Still Mine is a great film. I haven’t been exposed to very much Canadian cinema (nor have i been farther east than Montreal within Canada), but I’d recommend this film to anyone. The story of Craig and Irene Morrison (as portrayed by Academy Award nominees James Cromwell and Geneviève Bujold) and how it affects their family and town of St. Martins is a profound one. The love and witty banter they exchange after 61 years of marriage are things I think many audiences could relate to.

Kirstine Stewart, Chair of the WBHI (and fresh from her transition from CBC’s Vice President of English Language Services to the Managing Director of the very new Twitter Canada), bookended the showing with comments as well as a Q&A with the film’s director, Michael McGowan. It was within that Q&A that we learned that despite Craig Morrison’s November 2010 triumphs as detailed in the film, the celebration was sadly short-lived with his death this past February
at the age of 93.

So What Can We Learn From All of This?

What I took away from the event is that Alzheimer’s for women is a very real concern and that the WBHI would love your help in funding research and hopefully finding a cure.

But that’s not all I learned.

I learned that people care. That people want a better world, but realize that it won’t happen overnight. It requires generosity. It requires empathy. It requires all of us to see the bigger picture and to take action today for a better tomorrow.

Find a cause you believe in, get up and help out. Our world isn’t going to fix itself!

* After publishing this post, an old classmate—who is conducting studies on Alzheimer’s—pointed out that while the argument is well-intended, it isn’t completely accurate:

“I can see where the argument is coming from, it’s just over-generalized and giving people the wrong idea. Studies for safety, which are generally conducted before studies for efficacy, are usually done in healthy volunteers, often male, because you don’t have to worry about things like pregnancy or menopause. However, once it’s shown to be safe, then studies for efficacy are conducted in both men and women.”

My grandmother has Alzheimer’s and I would have loved to go to an event like this! Neat-o!

It was pretty cool 🙂 I’m getting some Facebook flack from friends who research Alzheimer’s and say that they recruit women, so I’d have to ask about the foundation of WBHI’s statements, but it’s still good to get awareness out there.

Hey Case,
First I’d like to thank you for joining me as my guest. I had a wonderful time and Appreciate all the wonderful photographs! I don’t expect I’ll forget hanging out with Director Micheal McGowan and Kirstine Stewart any time soon!

As you know, I’ve never met a charity I din’t like. Raising Awareness should be my middle name. You did such a great job on this post. Thank you.
C.

Again, thanks for having me, Christine 🙂 Though we didn’t get to mingle much with many of the people who were there (it’s interesting how closely people cling to familiar faces outside of social media), I still enjoyed my time there. I doubt this will mark the LAST time you’ll be hanging out with such ILLUSTRIOUS names 😀

[…] Micheal McGowan He remembers me… 😀 YAY! Photos Watermarked with CEP were taken by Casey Palmer (My FAVE event […]

It requires all of us to see the bigger picture and to take action today for a better tomorrow. That is a great line. WBHI is a great organization. Helping people become more aware of Alzheimer’s in women. The more support the sooner we can find a cure.

Thanks, Chris — you’re right in that the awareness piece is key. Hopefully it’ll see us find a better solution for one of the prevalent problems out there 🙂